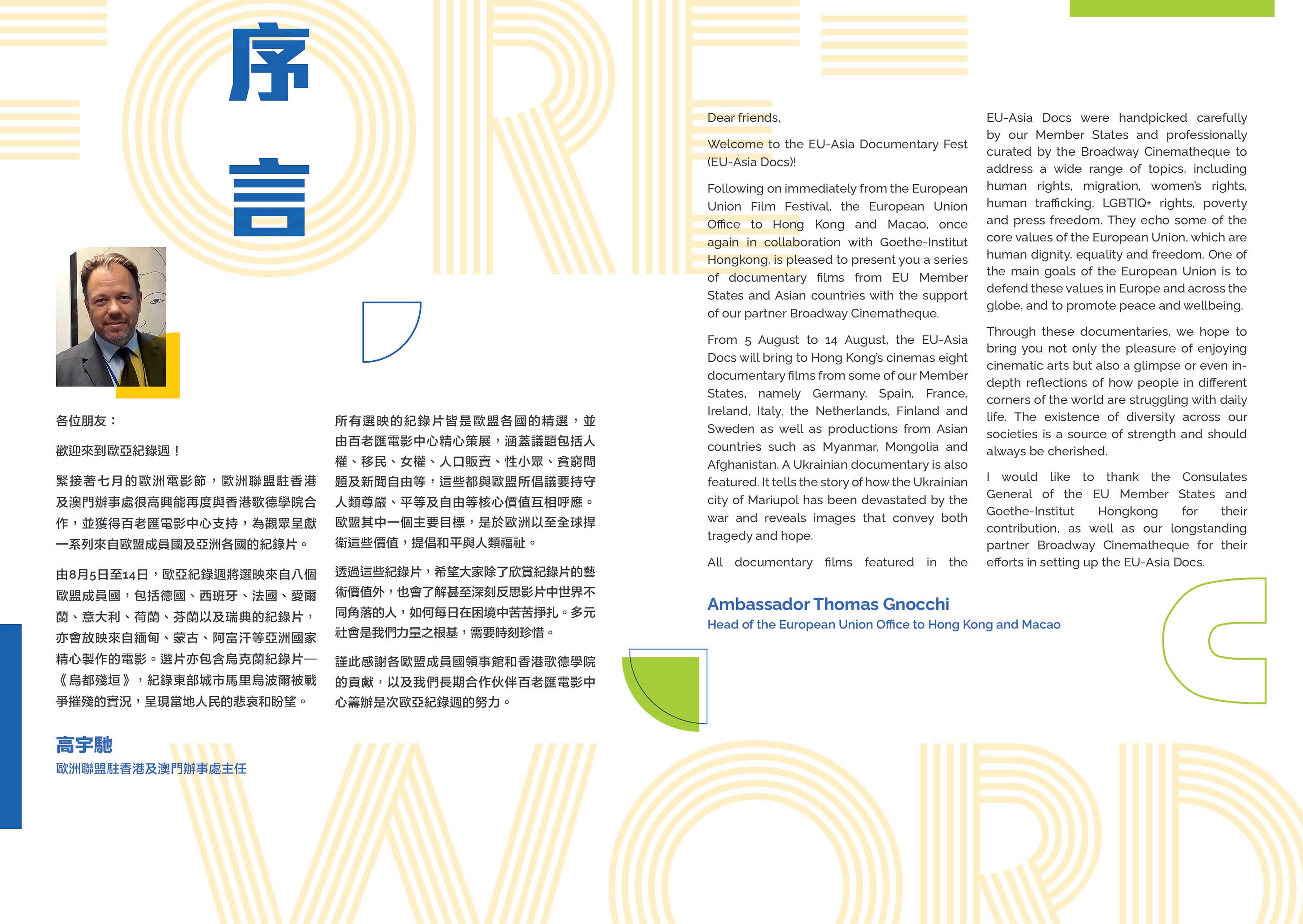 The European Union Film Festival (EUFF) is a yearly event honoring the creativity and diversity of the heritage, culture, and cinema of Europe. It is jointly organized by the Broadway Cinematheque and delegates from the European Union. The EUFF offers moviegoers a wonderful opportunity to understand old and modern Europe by experiencing a rich cinematic journey.

The European Union Film Festival is bringing several award-winning movies to screen at our theatre to the delight of local and international moviegoers. Our theater, beloved among movie buffs for the diverse and high-quality independent movies we offer, inaugurated EUFF 2021 with the screening of 438 days.

This movie, an ode to investigative journalists sacrificing their lives for truth and justice, chronicles the lives of two Swedish reporters. The film explores in detail the conditions of war-torn nations, the effect of war and greed for oil on the general population, and the hellish conditions of an infamous Ethiopian prison. The film will give viewers a close look into the hardships faced by reporters trying to inform the world about global politics, lawlessness, propaganda, and the vices of dictatorship. It also stresses the importance of freedom and the price paid by some people so that the majority can have it.

For the EUFF 2021, we showcased numerous gems from different parts of Europe, including Diamantino from Portugal, Legions from Poland, and Fire Will Come from France, to name a few.

The European Union Film Festival 2021 ended with the screening of Josep, an animated film by French cartoonist Aurel. With a runtime of 74 minutes, the film chronicles the life of Josep Bartolí, a Spanish illustrator. The movie depicts the important moments in his life, like his fights with the fascists at the time of the Spanish Civil War and life in the concentration camps in France. It also details his later relocation to Mexico and his affair with painter Frida Kahlo. The film is not just a beautiful tribute to the illustrator, but also a work of art that can serve as a benchmark for generations of filmmakers to come.

The European Union Film Festival 2022, hosted at our theatre, will serve as a great platform for local movie buffs to enjoy movies from various corners of Europe. It will help moviegoers understand the culture of remote places in depth. The films also offer intimate details of the lives and struggles of European people. It will serve as a medium to draw references and relate to the common struggles of people all over the world. Several issues affecting people around the globe, like human trafficking, immigration, surrogacy, Alzheimer's disease, and deforestation, are discussed in depth in the movies being screened. This will give the local viewers an idea of how these issues are perceived and resolved in a community different from theirs.

The movies screened at EUFF will also help local moviegoers explore the cultural differences of different European countries. It will also help them to analyze the similarities between their culture and that of the Europeans. This can truly help to form a bridge between nations, built through understanding and shared love for movies.

We offer movie lovers the unique chance to experience the magic of European cinema. If you are a member at our theater, then we have an exciting discount offer for you. You can claim your ticket at a reduced price and enjoy the EUFF.

So what are you waiting for? Grab your tickets to have the movie viewing experience of a lifetime.

Below are some common questions people have concerning the EUFF.

How can young and budding filmmakers benefit from showcasing their movies at the European Union Film Festival?

If the movie of a filmmaker is selected for screening at EUFF, then the movie will be shown to the general audience and a jury. While having their movie shown to movie lovers will increase their local and international fan base, the judgments from the jury can help improve their skills and artistry. As part of the rundown, numerous workshops on areas like film production and screenwriting are conducted. These workshops can hugely benefit budding filmmakers by sharpening and improving their craft.

Can anyone attend the European Union Film Festival?

The EUFF is open to all movie lovers. If you are a member, then you can purchase your ticket at a reduced cost.

Are there any COVID-19 protocols to be followed while attending the European Union Film Festival?

Everyone attending the EUFF is expected to wear masks and get their temperatures checked. Moviegoers should follow the seating arrangement in the theater and refrain from making adjustments by themselves. All spectators should also fulfill the requirements of the "Vaccination Pass." All these stringent measures are put forward for the safety of our audience at the EUFF.