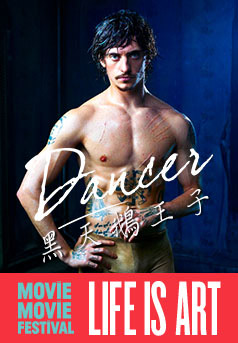 “I didn’t choose ballet. It’s who I am.”
A prodigy. A superstar. A beast. Sergei Polunin, the Royal ballet’s youngest ever principal, was an astonishing and graceful dancer. At the peak of his success, aged 25, Polunin walked away, questioning what was left of him.

In February 2015, Sergei Polunin appeared in a feature shot by famed photographer David LaChapelle, dancing to Hozier’s “Take Me to Church.” When his talent became more of a burden than a gift, Polunin decided to leave the stage, after the release of this clip. His powerful and poised movements, however, made Polunin even more popular. The emotionally raw documentary Dancer by Oscar-nominated director Steven Cantor captures the paradox and turmoil that tormented Polunin as he reached the end of his path.
Director
Steven Cantor
Cast
Sergei Polunin
Release Date
31-01-2018
Language
English, Russian, Ukrainian
Run Time
85 minutes
You may also like