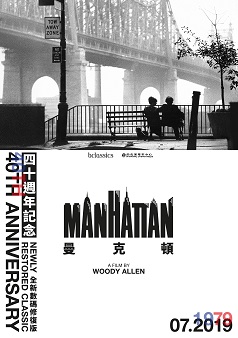 Manhattan is Woody Allen’s most beautiful film. Cinematographer Gordon Willis also stated this was his favorite of all the films he worked on. Allen stars as a twice-divorced 42-year-old comedy writer who dates a 17-year-old girl but falls in love with his best friend's mistress. He becomes more insecure when he finds out his his ex-wife has decided to publish a book on their private life, but he fails to stop her. All the relationships seem complicated, but with the extraordinary cinematography and the witty screenplay, they only make New York the most romantic and poetic city ever.
Director
Woody Allen
Cast
Woody Allen, Diane Keaton, Michael Murphy, Mariel Hemingway
Release Date
06-07-2019
Language
English
Run Time
96 minutes
You may also like