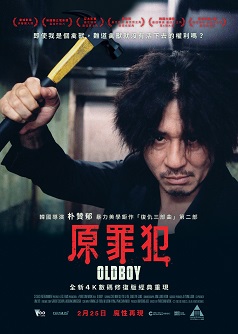 One night in 1988, ordinary-man OH Dae-su, who lives with his wife and an adorable baby daughter, is kidnapped. He later wakes up to find himself in a private makeshift prison. While suffering from his debacle, Dae-su becomes shocked when he watches the news and hears that his beloved wife was brutally murdered. 15 years later, Dae-su is released and he determines to find out the truth. He meets Mi-do, the cook of the restaurant Dae-su has his first-meal after his imprisonment, and tells her about his 15 years in confinement. Mi-do promises to help him seek vengeance. As the team approaches the truth, another shocking-secret is revealing….