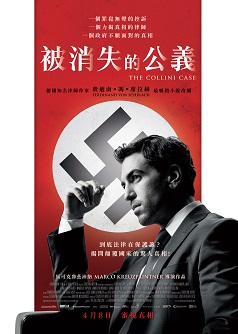 Lawyer Caspar Leinen is confronted with a spectacular case when appointed by the court as a defence counsel: the 70-year-old Italian Fabrizio Collini has worked in Germany for more than 30 years as a blameless citizen, and then goes and kills the respected industrial magnate Hans Meyer in his Berlin hotel suite for no apparent reason. For Caspar, there is much more at stake than his first big case as a defence lawyer. The victim is the grandfather of his childhood sweetheart Johanna and was like a surrogate father for Caspar. In addition, he has an adversary in the legendary criminal defence lawyer Richard Mattinger, who seems to be far superior to him, appearing as the joint plaintiff representative,. Caspar has to find out why Collini murdered an exemplary man like Meyer of all people. The public interest in the case is also immense, but Collini stays doggedly silent about his motive. As Caspar dives deeper and deeper into the case against all odds, he is not only confronted with his own past, but also comes across one of the biggest judicial scandals in German history and a truth that nobody wants to hear.
Director
Marco Kreuzpaintner
Cast
Elyas M’Barek, Alexandra Maria Lara, Heiner Lauterbach, Manfred Zapatka, Jannis Niewohner
Release Date
08-04-2021
Language
German, Italian(In Parts)
Run Time
123 minutes
You may also like