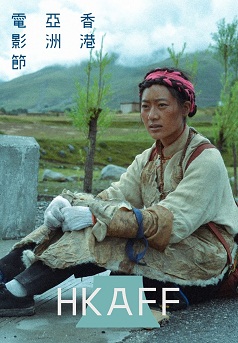 Sonthar Gyal’s 2011 debut The Sun Beaten Path followed a guilt-ridden man’s return from his pilgrimage to Lhasa. Now in the Tibetan filmmaker's third feature, a woman sets out on foot for the holy city after being diagnosed with a serious illness. She believes her poor health is karma for not making the pilgrimage she had promised to her late first husband. Life batters her with difficult conditions on the road as her current concerned husband follows with their troubled young son in tow. The family is redefined as secrets peel away and new understandings emerge on the grueling spiritual journey.
Director
Sonthar Gyal
Cast
Nyima Sungsung, Yungdrung Gyal, Sechok Gyal
Release Date
17-11-2018
Language
Tibetan
Run Time
109 minutes
You may also like