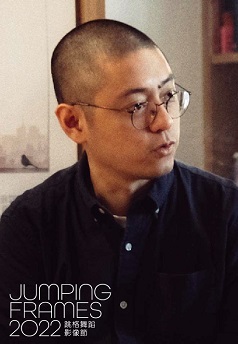 My Next Step
Kunqu, one of the oldest existing forms of performing art in China, has once again risen to attention after being recognised as an Intangible Cultural Heritage by UNESCO in 2001. “My Next Step” follows the story of a Kunqu performer, Yang Yang, skilled in acrobatics and martial arts. With years of martial arts training, his body is defined by the role of wusheng (martial hero). The camera depicted Yang’s martial art movement in dance-like elegance. However, the wusheng role is marginalized as Kunqu scripts focused on romance, his opportunities are few and dwindling. As the last young wusheng in the troupe, Yang faces with deep ambivalence to commit his life preserving this fading art form. How does he ends up working with avant-garde Hong Kong director Danny Yung and struggle to develop an experimental Kunqu production of his own that challenges traditional conceptions of the art form? Despite ambiguity of the future, he insists taking bold steps ahead.

Stillness in the Wave
This documentary charts the progress of Hong Kong Dance Company as it embarks on a journey of exploration. Through their encounters with different physical disciplines and philosophies, meditation, and Chinese martial arts, the artistic team absorbs new energies and sensibilities. They candidly reveal their fears, self-doubts, and findings in their quest to refine their dance forms and express their cultural roots. It’s an uncertain journey towards the cultivation of inner peace and the essence of movement and stillness.
Director
CHEUK Cheung
Cast
Release Date
08-09-2022
Language
Cantonese, Mandarin
Run Time
98 minutes
You may also like