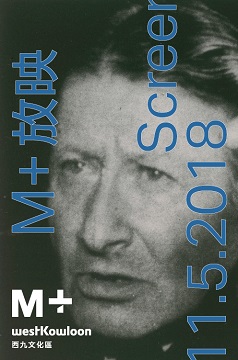 Story: Hong Kong director Wong Wah-kay played a key role in developing the seminal Below the Lion Rock television series, a narrative programme produced by Radio Television Hong Kong that imparted government policy. One of his earliest episodes, ‘The Joke’ cleverly explores Hong Kong’s inflation problems through a man’s attempts to win over a woman with his humour. With witty allusions to Cao Cao, the price of Coca-Cola, and much more besides, ‘The Joke’ merges the public and private spheres and signals the role of public television in Hong Kong popular culture.

Wong Wah-kay (Hong Kong, born 1943) joined Radio Television Hong Kong in 1966. He produced and directed the first Below the Lion Rock television series in 1972, and the series The Quiet Revolution for Hong Kong’s Independent Commission Against Corruption in 1975. He continues to manage various television productions in Hong Kong.

Story: Jean-Luc Godard and Jean-Pierre Gorin were collaborating on politically charged projects as members of the Dziga Vertov Group when they embarked on advertising work. La dispute, Godard’s commercial for Schick aftershave, is a cacophonous exploration of sounds, wordplay, and the commodified object.

Story: The Chicago Eight were charged with inciting to riot and involvement in anti-war activities at the 1968 Democratic National Convention in the United States. As members of the Dziga Vertov Group, Godard and Gorin present a farcical re-enactment of the trial: the judge doodles on Playboy cutouts while listening to defendant testimony, and the filmmakers cite the inadequacy of the American justice system as they pace along a tennis court. With extensive meta-commentary, the filmmakers (as well as the characters in the story) play out political cinema at its most theoretical, Brechtian, and burlesque—a comedy in the age of 1970s agit-prop.

The Dziga Vertov Group formed (informally) in the throes of 1968 as a collective cinema practice and produced around nine films between 1968 and 1972. Group members, including Jean-Pierre Gorin and Jean-Luc Godard, interrogated the politics of making a political film through both theory and practice, and their work is known for references to Brechtian forms and Marxist ideology.
Director
Cast
Release Date
11-05-2018
Language
Run Time
134 minutes
You may also like