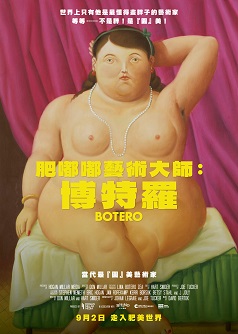 Fernando Botero is one of the world’s most popular living artists, with millions of fans transcending cultures across the globe. While his art is instantly recognizable, the story of how he became “the Maestro” is largely unknown.

This documentary offers an inspiring look at the power of relentless vision, unwavering conviction and a lifetime of discipline. We follow an unknown, self-taught painter from provincial Medellin in 1932, as he propels himself to the pinnacle of the art world. The film brings together the man and his art to capture Botero’s essence – the quiet resolve and strength of character that allowed him to overcome poverty, decades of harsh criticism and the tragic death of his four-year-old son. Through decades of harsh criticism and adversity, his art eventually enables the world to witness his talents.
Director
Don Millar
Cast
Fernando Botero, Miriam Basilio, Juan Carlos Botero Zea, Lina Botero Zea, Fernando Botero Zea
Release Date
02-09-2021
Language
English, Spanish(In Parts), Italian(In Parts), French(In Parts)
Run Time
83 minutes
You may also like