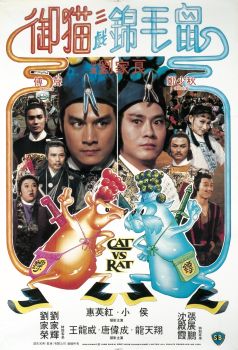 Chan (Cat) and Pai (Rat) studies martial arts under the same master. Having quarrelled and fought over the years, their master dismisses them. Chan later saves the emperor and is appointed the royal guard. The jealous and infuriated Pai plots along with his four sworn brothers, the four rats, to steal the imperial seal in order to embarrass Chan…
Director
Lau Kar Leung
Cast
Release Date
30-11-2020
Language
Cantonese
Run Time
92 minutes
You may also like