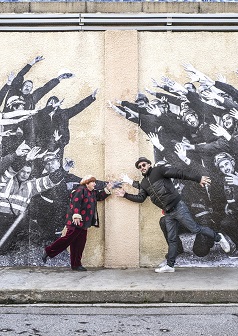 Agnes Varda and JR have a lot of things in common: their passion for images and how they are created, displayed, and shared. Varda chose cinema and documentary. JR chose to create open-air photographic galleries. When they finally met, they’ve decided immediately to work together. The film documents their heartwarming journey through rural France, and the unlikely, tender friendship they formed along the way. Winner of L’Oeil d’or at Cannes Film Festival, the Grolsch People’s Choice Documentary Award at TIFF, and nominated for an Oscar for Best Documentary Feature.
Director
Agnes Varda, JR
Cast
--
Release Date
17-06-2018
Language
French
Run Time
93 minutes
You may also like