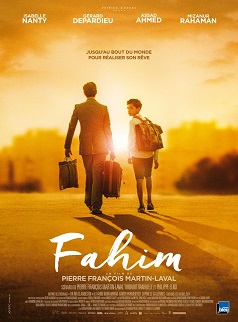 Forced to flee from his hometown Bangladesh, eight year-old chess prodigy Fahim arrives in Paris with his father. As a refused asylum they become illegal immigrants and spiral downwards into homelessness and desperation. By a stroke of luck, Fahim is introduced to one of France’s top chess coaches, Sylvain, who tutors and gives him a sense of purpose - his struggles on the chessboard mirroring both his victories and his crushing defeats in his battle for a normal life.
Director
Pierre Francois Martin-Laval
Cast
Isabelle Nanty, Gerard Depardieu, Ahmed Assad, Mizanur Rahaman
Release Date
23-11-2019
Language
French, Bengali(In Parts)
Run Time
108 minutes
You may also like