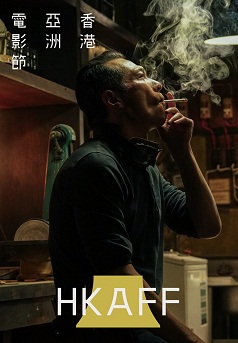 Hsiao Ya-chuan’s follow-up to Taipei Exchanges (HKAFF 7th) touches upon family, history and memory to reveal the invisible ties binding generations of Taiwan people together. Discovering that he is seriously ill, 60-year-old Fan Pao-te refuses treatment, and instead leaves Taiwan to go to Japan with his son. Their goal: to find Pao-te’s father, who abandoned him when he was only a child. Meanwhile, a mysterious young man who’s somehow connected to Pao-te arrives in Taiwan on a journey of his own. Moving between Taiwan and Japan, and the past and the present, Hsiao Ya-chuan weaves an atmospheric and emotional cinema tapestry worthy of his mentor – and the film’s executive producer – Hou Hsiao-hsien.
Director
Hsiao Ya-Chuan
Cast
Michael JQ Huang, Aria Wang, Fu Meng-Po, Chuang Kai-Hsun, Lu Hsueh-Feng
Release Date
10-11-2018
Language
Taiwanese, Mandarin(In Parts), Japanese(In Parts), Cantontese(In Parts)
Run Time
116 minutes
You may also like