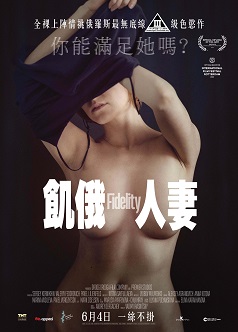 Sex is about what is forbidden not what is available.

The plot centers on a couple: Lena is a talented obstetrician and gynecologist, and her husband Sergey is an actor in a provincial theater. Their relationship is tender and close, but totally devoid of sex. Lena suspects that Sergey is having an affair, but she suffers silently without letting her jealousy show. Instead of finding out what is going on, Lena starts cheating on him with random men. Slowly but surely, Lena’s acts of infidelity spin out of control, basically re-writing her real life.
Director
Nigina Sayfullaeva
Cast
Evgeniya Gromova, Aleksandr Pal, Aleksey Agranovich, Anna Kotova, Marina Vasileva, Pavel Vorozhtsov
Release Date
04-06-2020
Language
Russian
Run Time
82 minutes
You may also like