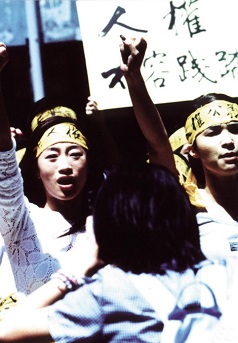 Beginning in 1997 with television footage, the story swiftly backtracks to 1985. We follow three people whose lives will intersect 12 years later: Yue-ling, a girl suffers from loneliness and abuse; Mr. Leung is helping factory workers protest unfair working conditions, and Ming is a teenage boy caught up in a horrific crime. Fast-forward to early 1997, we discover that Yue-ling has fascinated by the prose of Ming, who is a prisoner. He has been "detained at Her Majesty's pleasure," held for years without a sentence under a provision of Colonial rule that, it is explained, was meant to give youthful offenders a bit of a break. Yue-ling is touched by Ming's story, and seeks out the help of Mr. Leung, now a Councilor whose term of office will end effective with the handover.
Director
Herman Yau Lai To
Cast
Stephen Tang Shu Wing, David Lee Wai Sheung, Ai Jing
Release Date
28-07-2019
Language
Cantonese
Run Time
106 minutes
You may also like