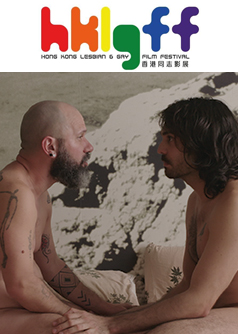 1. No More We
Language: Swedish(English Subtitle)
Category: IIA
Duration: 15 mins
Director: David Fardmar
Story: One morning it’s all over. ”There’s No More We”, says Hampus to his fiancé Adrian. For Hampus, it’s a total relief to break up from their destructive relationship, for Adrian it’s devastating. Adrian and Hampus now have to live through their last week together.

2. Versatile
Language: Spanish (English Subtitle)
Category: IIB
Duration: 15 mins
Director: Carlos Ocho
Story: Alex and Hugo are a young couple who had been together for a sshort time. One Friday night, they will discuss some pending issues about their relationship sexual roles. What seems to start as a simple discussion will expose some important issues about the things needed to make a relationship work.

4. The Shit!: An Opera
Language: English(No Subtitle)
Duration: 7 mins
Director: Kevin Rios
Story: After a particularly impressive trip to the bathroom, Frankie is inspired to bottom for the first time.

Two strangers visit the penthouse of a recently deceased lover, only to find themselves learning more about each other.

6. Sweet and Sour
Language: English(No Subtitle)
Duration: 6 mins
Director: Ann Sun
Story: A gay Chinese American believes that his traditional mom would have a hard time accepting his boyfriend. However, it turns out that she is more complex than he has supposed.

7. The Nettle
Language: Czech(English Subtitle)
Category: I
Duration: 22 mins
Director: Piaoyu Xie
Story: Directed by Chinese-born filmmaker, Piaoyu Xie, comes THE NETTLES. From the moment Nikola’s girlfriend Ana puts the lipstick on his lips, nothing is ever the same again. The secrets that are held grow as wildly as the nettles in the backyard.
Director
--
Cast
--
Release Date
14-09-2018
Language
Run Time
92 minutes
You may also like