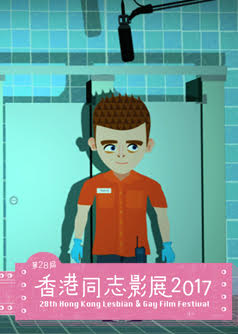 1. The Night Cleaner
Language: English
Duration: 5 min
Director: Blair Fukumura
Story: As the night cleaner in Canada’s busiest gay bathhouse, Travis has his work cut out for him. With good humour he takes us on an amusing and sometimes harrowing tour through his nightly duties.

2. Michael Lost And Found
Language: English(No Subtitle)
Category: I
Duration: 19 min
Director: Daniel Wilner
Story: When a feature film is made about them seven years after their break-up, Benjie Nycum visits his ex-boyfriend Michael Glatze and finally tries to get answers about his bewildering shift from gay activist to ex-gay evangelical.

4. Bayard And Me
Language: English(No Subtitle)
Category: I
Duration: 16 min
Director: Matt Wolf
Story: In the 1980s, civil rights activist Bayard Rustin had a boyfriend, Walter Naegle, who was 30 years younger than him. Since gay marriage was not an option at that time, Rustin adopted Walter to provide legal protection for the man he loved.

5. Picture This
Director: Jari Osbourne
Duration: 34 min
Language: English
Story: * Asian Premiere
In Picture This, a documentary by Jari Osborne, we follow Andrew Gurza, a self-described “queer cripple,” as he plans the second edition of Justify My Love—a sex-positive play party that the international media was quick to call a “handicapped orgy” when it launched in Toronto the year before. At the heart of the film is the uneasy dichotomy that disabled people face, of feeling either invisible or like a freak show, especially with regards to their sexuality. With its insistent and unflinching gaze, Picture This invites us to see them for who they are.
Director
Cast
Release Date
16-09-2017
Language
Run Time
94 minutes
23/09/2017
16/09/2017
You may also like