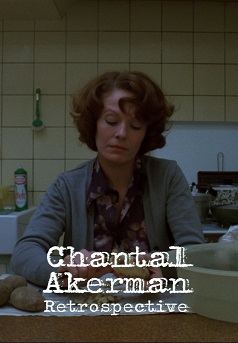 Nearly half a century since its gate-crashing premiere at Cannes, Jeanne Dielman remains one of the sharpest and most innovative films ever produced about a woman's claustrophobic experience in a modern, male-driven world. And to think that Chantal Akerman was just 25 when she conjured this three-hour-plus epic into existence. Starring French nouvelle vague icon Delphine Seyrig, the film depicts three days in the life of a homemaker who goes through her daily chores - making the bed, cleaning the kitchen, peeling potatoes and so on - and, at 5pm every day, offers sexual services to visiting men to make ends meet. Just as Akerman said she'd like to give meaning to "devalued" domestic tasks, the film itself evolves into a gripping thriller in which we pay attention to the evolution of mundanity into mania. Akerman's screenplay, cinematographer Babette Mangolte's static but carefully choreographed camerawork and Seyrig's magnificently nuanced performance combine to devastating effect in a piece of feminist filmmaking - or simply filmmaking, full stop - par excellence.
Director
Chantal Akerman
Cast
Delphine Seyrig, Jan Decorte, Henri Storck
Release Date
19-05-2021
Language
French
Run Time
194 minutes
You may also like