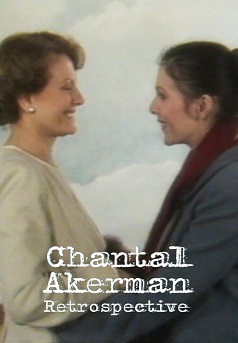 When American poet Sylvia Plath passed away, aged 30, on February 11, 1963, she left behind a staggering volume of 669 letters, documents illustrating Plath’s mental state as she fought for her ebbing and flowing existence. These letters formed the basis of Rose Leiman Goldemberg’s off-Broadway play, in which Plath’s anxiety is juxtaposed with that of her mother, Aurelia, whose own unfulfilled and stifling life mirror that of her daughter’s. While staying loyal to its staged beginnings – Delphine Seyrig and her niece Coralie, who play Aurelia and Sylvia, are filmed front-on, as if delivering their lines to a live audience – Akerman injected the source material with her sentiments and style. Produced by the Centre Audio-visuel Simone de Beauvoir, Letters Home deploys innovative, cinematic framing and sharp editing to highlight the tension between mother and daughter, while painting a bigger picture of their struggle – as mothers, artists, wives and more – in a man’s world. A rarely seen and discussed title in Akerman’s filmography, but a crucial piece in her narrative.
Director
Chantal Akerman
Cast
Delphine Seyrig, Coralie Seyrig
Release Date
24-05-2021
Language
French
Run Time
104 minutes
You may also like