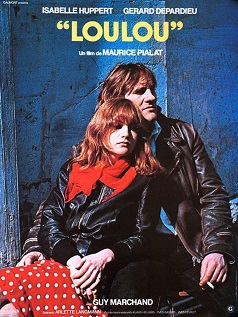 Starring two of France's greating actors, "Loulou" was hailed as "masterpiece of subtlety and erotisism" by Andrew Sarris.

Nelly, whose middle-class life is turned upside down at a disco when she meets Loulou, a leather-jacketed drifter with flashing blue eyes. The sexual chemistry between the two is so strong that Nelly abandons her rich husband, even though she has to support Loulou. But the carnal relationship faces a great challenge when Nelly becomes pregnant.
Director
Maurice Pialat
Cast
Gérard Depardieu, Isabelle Huppert, Guy Marchand, Humbert Balsan
Release Date
24-11-2021
Language
French
Run Time
105 minutes
You may also like