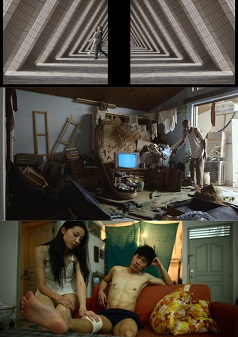 Singapore dance video organisation Cinemovement presents a collection of 5 short films from Singapore that may not typically be recognised as dance films, yet they tell stories through choreography, rhythm or the omniprescence of the moving body. Using performative gestures and physical movement in familiar rituals, the films depict neo or hyper-realisitc impressions of daily life to create magic in the mundane. In the cases where the act of dancing is not distinct in the image, the performance or the spectacle within the mise-en-scene become an abstraction of dance. They propose that the potentiality of dance exists not only in a tangible form, but in the subconscious; it (the dance) manifests not only in action, but also in meditation and beyond the forth wall.