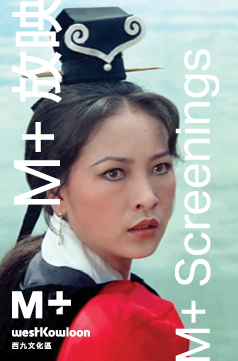 Raining in the Mountain represents King Hu’s position as a master of Chinese martial arts cinema, aside from his well-known films Dragon Inn and A Touch of Zen. Finely crafted with a high standard of production, a sophisticated technical quality, and an artistic unity of form and content, the film is the first that Hu shot in Korea. Set in the mid-Ming period, the story begins as an aging abbot of an ancient Buddhist temple looks for his successor. A rich man and a general, both of whom covet a valuable handwritten copy of Awakening of Faith in the Mahayana housed in the temple, are invited to meet with the abbot to discuss the candidates. Meanwhile, three senior disciples of the temple are eyeing the abbot’s position, each with his own plans. The secretive collusions and power struggles between various stakeholders lead to an unexpected ending. In his unflinching portrayal of human greed and desire, Hu demonstrates keen attention to editing, mise en scène, props, setting, and historical detail, rendering a sumptuous visual experience.