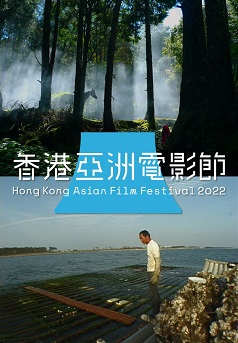 Movie Name: A-li 88
Language: Mandarin, Taiwanese(Chinese, English Subtitles)
Category: I
Duration: 59 mins
Director: Huang Hsin-yao
Artist: -
Story: In August 2009, Typhoon Morakot killed hundreds and caused irreversible damage to Taiwan. On the Alishan Mountains, the rainfall destroyed its forest railway and badly damaged its tourism industry for years. Huang Hsin-yao initially went up the mountain to document the aftermath of the storm. But Huang changed his approach when he claimed he saw many Wu Fengs on the mountain, referencing the Han merchant who, according to folk legends, “civilised” Taiwanese aborigines on Alishan. This scathing documentary asks whether rapid development of the region, be it by deforestation or by exploitation of its natural beauty for tourist dollars, worsened the effects of the typhoon.

SCREEN WITH:
Movie Name: Seaman
Language: Mandarin, Taiwanese(Chinese Subtitles)
Category: I
Duration: 56 mins
Director: Huang Hsin-yao
Artist: -
Story: Huang Hsin-yao began studying documentary filmmaking in order to make a difference as an ecological activist. While attending Tainan University of the Arts, Huang made this film as a continuation of a previous documentary about the salt evaporation ponds near Tainan. But instead of filming the ponds once more, Huang turned his camera around to capture the state of the mangrove habitat surrounding the ponds. The result marks an important evolution for Huang as an ecologically-minded documentarian.
Director
Huang Hsin-yao
Cast
Release Date
27-10-2022
Language
Run Time
115 minutes
You may also like