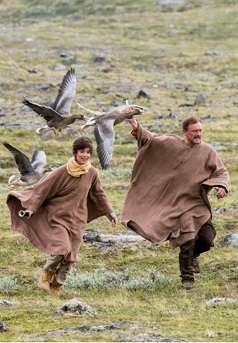 Christian is a visionary scientist who studies migrating geese & working on a lifetime project. For his teenage son Thomas, the idea of spending a summer holiday alone with his father on a farm in the middle of nowhere with no WiFi, is a nightmare. However, father and son begin to bond as they come together on a madcap plan - to save an endangered species of geese. With Christian’s pilot skills and an ultra-light aircraft, they begin preparations for an extraordinary and perilous journey - the pair plan to lead the geese they’ve raised onto new and safer migration routes, guiding them to Norway.
Director
Nicolas Vanier
Cast
Jean-Paul Rouve, Melanie Doutey, Louis Vazquez
Release Date
27-06-2021
Language
French, English(In Parts), Norwegian(In Parts), Danish(In Parts)
Run Time
113 minutes
You may also like