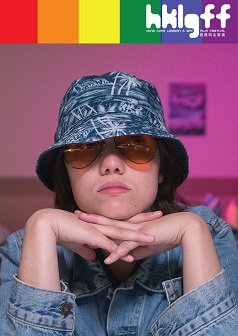 Teenager AJ, a socially awkward and environmentally-conscious misfit, finds herself on a depressing family holiday. The only thing worse than spending an entire week with her uniquely ‘un-woke’ family is being in a seaside cabin with no Wi-Fi, until she meets Isla, a carefree outdoors-loving lifeguard who sees right through AJ’s defensive and grumpy exterior. A funny and charming film about endless awkward summer holidays, first kisses and family misunderstandings.

Movie Name: In Nature
Language: French(English Subtitles)
Category: I
Duration: 5 Mins
Director: Marcel Barelli
Cast: -
Story: In nature, a couple is a male and a female. Well, not always! A couple is also a female and a female. Or a male and a male. You may not know it, but homosexuality is not just a human story.
Director
Marley Morrison
Cast
Nell Barlow, Ella-Rae Smith, Jo Hartley, Sophia Di Martino, Samuel Anderson
Release Date
12-09-2021
Language
Run Time
108 minutes
You may also like