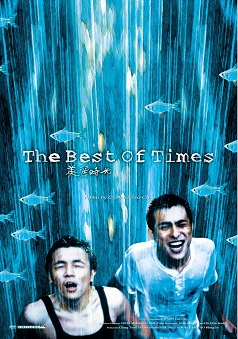 Wei and Jie are cousins who grow up in the same Hakka village. Wei worships Bruce Lee while Jie is obsessed with magic. Unfortunately, life in the village is almost completely out of touch with Taipei's urban life. The two are forced to join the gangsters, and subsequently get involved in some life-threatening ordeal. Wei’s twin sister Min suffers from cancer and sits all day long in front of a fish tank, reminiscing a past romance.….. The Best Of Times won the Best Feature Film in the Golden Horse Award 2002.
Director
Chang Tso-Chi
Cast
Wing Fan, Kao Meng-Chieh, Yu Wan-Mei, Wu Yu-Chih
Release Date
18-08-2018
Language
Mandarin(In Parts), Taiwanese, Hakka
Run Time
112 minutes
You may also like