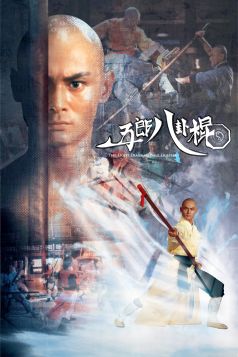 The Song dynasty is often invaded by the Liao dynasty and remains safe only because of the loyal Yang family of warriors. General Pan Mei and Ying Kuei, envious of the Yang clan, commit treason with the enemy and entrap the warriors into a tragic battle that leaves the entire clan killed except Wu-lang and Liu-lang. Wu-lang later seeks refuge in a monastery where he develops the invincible eight diagram pole fighting technique to seek vengeance against Pan…
Director
Lau Kar Leung
Cast
Release Date
30-11-2020
Language
Cantonese
Run Time
97 minutes
You may also like