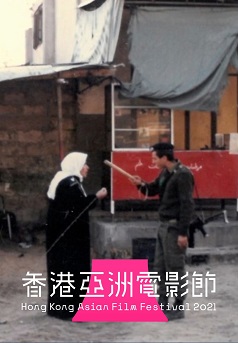 Israeli director Avi Mograbi has been making films about Israel’s occupation of Palestine since the 1980s, but his latest work may be his sharpest and most cutting. Dubbed a “manual for a military occupation”, this discomfiting documentary features Mograbi speaking extensively to the audience, framing his evidence of political violence – first-person accounts from former Israeli soldiers, archival footage recounting Israel’s decades-long annexation of Palestine –as a “how-to” guide to seizing and subjugating the lands of others. The result is a sardonic documentary that subverts its own self-stated raison d'etre – by depersonalising the methods of the Israeli occupa-tion, Mograbi powerfully magnifies its cruelty, its inhumanity, and its hopelessness.
Director
Avi Mograbi
Cast
Release Date
06-11-2021
Language
Hebrew, English
Run Time
108 minutes
You may also like