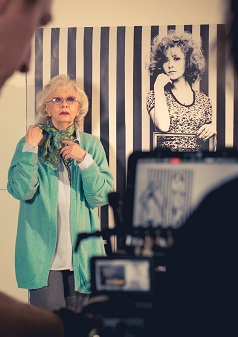 When Yugoslav enfant terrible Dusan Makavejev’s WR: Mysteries of the Organism wowed audiences at Cannes and Berlin in 1971, his country’s communist authorities had a major problem: how could they prevent this sexual-political juggernaut from being shown at home without getting their hands dirty? Their plan: a top-secret test screening in which “ordinary people” – an audience in which party loyalists far outnumbered genuine film critics – would condemn the film as unsuitable for the “masses”. This farcical exercise of pseudo-democracy was largely forgotten until someone discovered four secretly-taped recordings of that “debate” a few years ago. The Makavejev Case, or Trial In A Movie Theatre reconstructs the way authoritarian rulers put cinema in the dock for daring to utter the unspeakable. With its creative re-enactments of the debate and melancholic sequences in which the recordings are replayed to the speakers and the film’s cast and crew – among them lead actress Milena Dravic, who passed away soon after her appearance here – Goran Radovanovic’s documentary offers food for thought aplenty about cinema, creativity and censorship.
Director
Goran Radovanovic
Cast
--
Release Date
17-07-2020
Language
Serbian
Run Time
73 minutes
You may also like