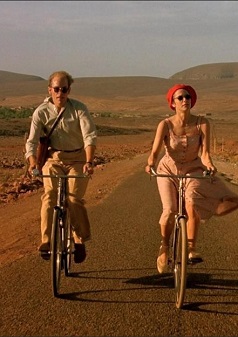 The Sheltering Sky is a filmed adaptation of the novel of the same name by Paul Bowles. A married American couple globetrots to North Africa in the late ’40s with the hopes of re-sparking their love and adding some zest to their lackluster lives. Along for the ride is the pair’s friend, George Tunner, who soon begins having an affair with the wife. As they struggle through the numbing heat of Africa amidst the sudden love triangle, each of the trio sees his and her beliefs and lives challenged. The film won the Best Original Score in Golden Globe Awards.
Director
Bernardo Bertolucci
Cast
Debra Winger, John Malkovich
Release Date
13-05-2018
Language
English, Others(In Parts)
Run Time
132 minutes
You may also like