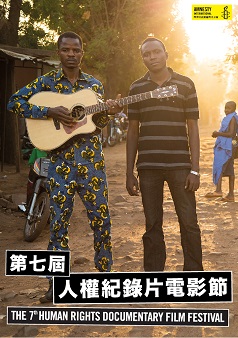 Music, one of the most important culture in Mali, disappeared overnight in 2012 when Islamic extremists groups rose up to capture its Northern part. In this light, broadcasting stations and music instruments were dismantled, while some musicians were tortured to death. To preserve the Malian musical traditions, a boyband consisting of four members risked their lives to sing the Blues. A famous female Malian singer who fled to another country, conducted a concert with the help from her refugee fellows. A guitarist would also describe how his family was killed under the enforcement of this draconian law in the documentary.

The conditions in Mali have shocked the world. Extremists have been intensifying the suppression of the freedom of culture and art, and the liberty of the people. Though the draconian law on music has been banned since 2014, the victims overseas are still afraid of going back to their homeland.
Director
Johanna Schwartz
Cast
Release Date
23-09-2017
Language
French, Songhay, English, Bambara, Tamashek
Run Time
100 minutes
23/09/2017
You may also like