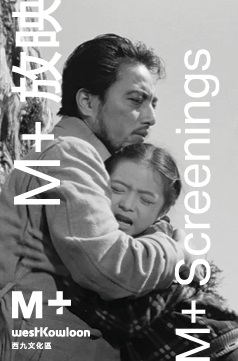 Pan Lei, who first made his name as a writer, was an important film director active in Hong Kong and Taiwan in the 1960s and 1970s. Clearly standing out from its contemporaries, this film was a favourite of Pan’s and was made the year before he joined the Shaw Brothers in Hong Kong. The plot unfolds as a fugitive (Tang Ching) meets a runaway girl in his flight from the police. The two, calling themselves father and daughter, go into hiding together in a weather station on Alishan. There, they encounter the depressed wife (Mu Hong) of a meteorologist and a beautiful, innocent young woman (Tang Pao-Yun) residing in the mountains—both fall in love with the man. Planning to flee with the young woman and the money he steals before a typhoon hits, the fugitive is met with a series of unexpected events. Adapting his own novel, Pan proves exceptionally skilled in composing powerful and stylish scenes with black-and-white widescreen cinematography, garnering rave reviews following its screening at the Cinémathèque Française in April 2019.