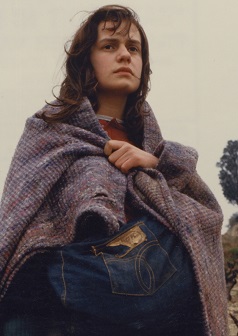 In winter in the South of France, a young woman’s body is found frozen in a ditch. Through a series of flashbacks and interviews, we see the events that led to her tragic but inevitable death. Through the hard journey of Mona, Varda explores the woman’s independence and questions about the society that cannot understand being alone as a choice. Internationally acclaimed, Vagabond is a beautiful film that boldly looks into the meaning of freedom. Winner of Golden Lion, FIPRESCI Prize and OCIC Award at Venice Film Festival and Best Actress at Cesar Awards.
Director
Agnes Varda
Cast
Sandrine Bonnaire, Macha Meril, Stephane Freiss, Yolande Moreau
Release Date
09-06-2018
Language
French
Run Time
102 minutes
You may also like