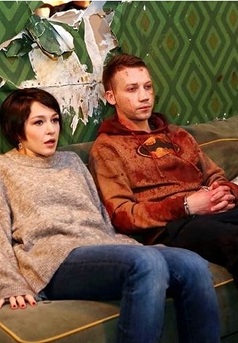 Things don't go according to plan. Meeting the parents turns into a bloody clash.

Matvey is out for revenge on the man who hurt his beloved Olya: her own father Andrei who happens to also be a corrupt detective.

As it happens, Andrei, the world’s most horrible father, brings together a terrible group of people in his apartment: his resentful actress daughter, an angry thug, and a cheated cop. Each one of them has a reason to want revenge…
Director
Kirill Sokolov
Cast
Aleksandr Kuznetsov, Gennadievitch Vitaliy Khaev, Evgeniya Kregzhde, Mikhail Gorevoy, Elena Shevchenko
Release Date
04-07-2021
Language
Russian
Run Time
99 minutes
You may also like