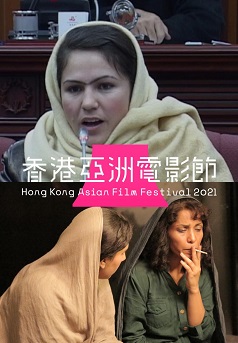 Soraya is a government official in the Kabul Crime Division, a mother of two, and a convicted felon for the accidental killing of her abusive husband. In a desperate last resort, she writes a letter to the president to tell him her story, hoping that he will step in and save her life. This powerful drama by Roya Sadat — a former law student and the first major Afghan female filmmaker to emerge in the post-Taliban era — is a riveting cautionary tale showing that even women of high social standing in Afghanistan can easily become a victim of the country’s dangerously repressive patriarchal traditions.

Screen with:《25 Percent》
Language: Dari(English Subtitles)
Category: I
Duration: 37 Mins
Director: Diana Saqeb
Artist:--
Story: After the fall of the Taliban regime in 2001, Afghanistan’s new constitution decreed a quota of at least two parliamentary seats in each electoral district to women, thus guaranteeing them a 25-percent representation in the country’s legislature. But what challenges do these trailblazers face in these male-dominated corridors of power? This documentary by filmmaker and women’s rights activist Diana Saqeb follows six Afghan female lawmakers — including her sister, Sabrina, who became Afghanistan’s youngest-ever elected member of parliament at the age of 25 — to highlight the significant and important work they did as the country attempted to grow as a democracy, even as a civil war continued to rage on.
Director
Roya Sadat
Cast
Leena Alam, Aziz Deldar
Release Date
07-11-2021
Language
Dari
Run Time
120 minutes
You may also like