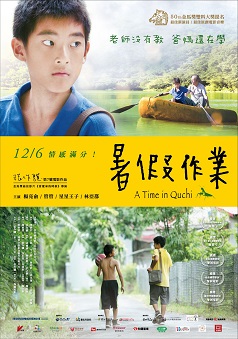 Modelling on his own son, Director CHANG Tso-chi portrays a lonely boy who is sent to the countryside for the summer because of his parents’ divorce. With only a tablet and a strict grandfather as company, the boy finds it difficult to adapt to the life of a county kid. Sad and difficult, uncomfortably surrounded by nature, he eventually finds a friend. Unexpectedly he encounters an accident that forces him into an awakening and he grows up suddenly to face his own feelings.
Director
Chang Tso-Chi
Cast
Wilson Yang Liang-Yu, Kuan Yun-Loong, Nick Yen, Michelle Chiang, Lin Ya-Ruo, Hsieh Ming-Chuan
Release Date
20-08-2018
Language
Mandarin, Taiwanese(In Parts)
Run Time
110 minutes
You may also like