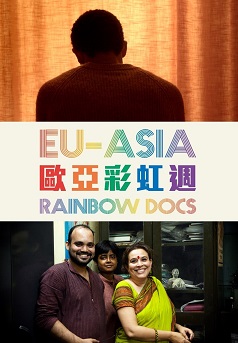 Movie Name: After the silence
Language: French, English(In Parts)(English Subtitles)
Category: I
Duration: 23 Mins
Director: Sonam Larcin, Belgium
Cast: -
Story: Just like many a refugee who braved the odds to seek asylum in Europe, David has a story to tell – and his is a story of a painful past in which he is forced to leave his homeland where he and his lover led a clandestine life, a love they dare not speak of, let alone show in public. Sonam Larcin’s documentary places David’s intimate recollections of his past in the centre, his every memory laced with melancholy, regret and anguish – a heartbreak for all to see.

Movie Name: Gay India Matrimony
Language: Bengali, English(English Subtitles)
Category: IIA
Duration: 68 Mins
Director: Debalina Majumder
Cast: -
Story: In 2014, Debalina Majumder sat on the sidelines of her friends’ wedding and decided to put the marriage to the test – not her pals’ mind you, but this ritual which has long been beyond the grasp of India’s LGBTQ+ community. Comprising heated and heartfelt conversations filmed across five years, Gay India Matrimony is a cerebral, fiery and at times simply sidesplitting documentary which questions the sanctification of marriage, and whether there should be a queer reappropriation of it.
Director
Cast
Release Date
02-07-2021
Language
Run Time
91 minutes
You may also like