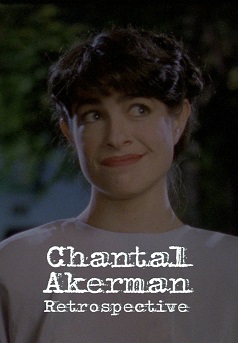 The subtitle of Chantal Akerman’s 1989 film about New York’s Jewish diaspora stems from a scene in which a patriarch advises a young man about the things he should discuss with his date. The very different nature of these topics mirror the tone of American Stories. Blending monologues based on real-life experiences of Jewish immigrants in the US and a sharply edited series of short Beckett-like skits about these emigres’ struggles to survive in a new country, Akerman’s film is driven at once by melancholy, mordant wisdom and multiple dollops of morbid humour. With its mostly stationary scenes unfolding on New York’s then run-down street corners and weed-filled open spaces – images harking to the unwelcoming landscapes of the “New World” which Jewish immigrants had to contend with as they arrive from “Old Europe” – American Stories is visually riveting, now ever more so in the Royal Belgian Film Archive’s newly restored version of a film which only existed on a battered betacam tape a few years ago.
Director
Chantal Akerman
Cast
Maurice Benner, Carl Don, Judith Malina, Eszter Balint
Release Date
18-05-2021
Language
English
Run Time
92 minutes
You may also like