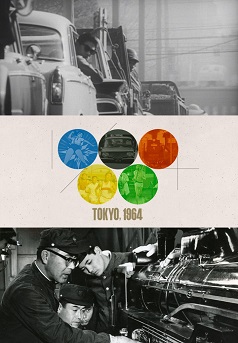 Movie Name: An Engineer’s Assistant
Language: Japanese(English Subtitles)
Category: I
Duration: 37 Mins
Director: Noriaki Tsuchimoto
Cast: -
Story: A trial of sorts for Noriaki Tsuchimoto on how to turn the tables on his PR-minded sponsors, a year before On the Road: A Document. In 1962, the Japanese National Railways extended its drivers’ shifts to accommodate the preparations for the Tokyo Olympics; shortly afterwards, a train crash left 160 passengers dead. The company swiftly employed Tsuchimoto to make a film aimed at highlighting the safety and efficiency of its services. That he did, but what An Engineer’s Assistant also did was to reveal the high-pressure toil train drivers have to contend with – five-minute switchovers at stations, long days marked by 12-hour runs – so as to fulfill their “carefully timed” schedules.

Movie Name: On the Road: A Document
Language: Japanese(English Subtitles)
Category: I
Duration: 54 Mins
Director: Noriaki Tsuchimoto
Cast: -
Story: In 1963, the Tokyo Metropolitan Police commissioned a young director to make a PR film to promote traffic safety in the run-up to the Olympics. What they got, however, is a documentary which – as stated in a text at its very beginning – portrays the “traffic war” unfolding in Tokyo every day. On the Road: A Document was subsequently shelved by its sponsors for decades, but Noriaki Tsuchimoto’s career as a barrier-breaking documentarian was born. A peer and kindred spirit of the more well-known Shinsuke Ogawa, Tsuchimoto worked with the taxi drivers’ unions, and managed to conjure a city symphony out of one cabbie’s struggle to navigate the chaos brought about by Tokyo’s monstrous Olympics-driven retransformation. Experimental in its camerawork and editing, and direct in its social critique, On the Road remains a milestone in the history of Japanese documentary.
Director
Noriaki Tsuchimoto
Cast
Release Date
31-07-2021
Language
Japanese
Run Time
91 minutes
You may also like