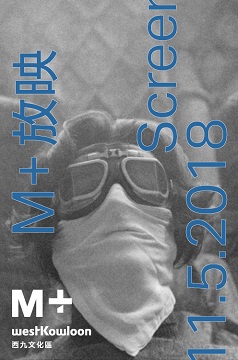 Story: ‘1. We must make political films. 2. We must make films politically.’ Mok Chiu-yu’s allusions to Godard’s 1970 ‘What is to be done?’ manifesto are active in his wandering exploration of locations such as Hong Kong’s then newly opened City Hall and Café do Brazil. Punctuated with jump cuts and graphical interventions onto the film strip itself, An Open Letter not only critiques the trappings of intellectual life, but also questions the role of an activist-filmmaker in Hong Kong society.
Mok Chiu-yu (Hong Kong, born 1947) is a filmmaker, writer, translator, and educator who has been involved in social activism since the late 1960s. A co-founder of 70s Biweekly magazine, Mok has been active in people’s theatre and is also a long-time advocate for disabled communities.

Story: Considered lost for almost half a century—until it was rediscovered in 2014—Actua1 is a ‘revolutionary newsreel’ composed of footage of the May 1968 events in Paris, shot directly from the barricades by unnamed participants.

Story: Within a fortnight of the events grittily captured in Actua1, Garrel left Paris for Germany’s Black Forest and made a silent film in which a man, a woman, and a child are cast in near-constant movement in starkly lit, pseudo-mythic environments. Leaving France as it nears the ‘inevitable punchline’ of a failed sociopolitical movement, the twenty-year-old Garrel spurned formalistic, word-driven cinema to invoke the power of the silent observer. The visually arresting Le révélateur later became known as one of the Zanzibar Films, a group of loosely associated works made by filmmakers who were present at the May 1968 barricades.

Philippe Garrel (French, born 1948) began making films as a teenager and has since won numerous awards for films such as La cicatrice intérieure (1970), J’entends plus la guitare (1991), and Les amants réguliers (2005). A self-styled disciple of Godard, Garrel channels the autobiographical, the banal, and the intimate moments of life in his works.
Director
Cast
Release Date
11-05-2018
Language
Run Time
117 minutes
You may also like