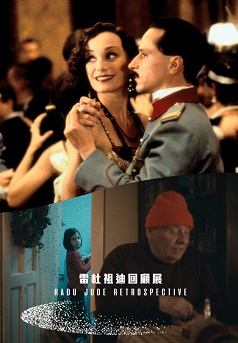 While known more widely as British actor Kristin Scott Thomas’s international breakthrough, An Unforgettable Summer is also an important milestone for Romanian cinema. A beautiful film set amidst the brutal national wars in the Balkans in the 1920s, Lucian Pintilie’s adaptation of Petre Dumitriu’s autobiographical novel is a perfect showcase of a period drama serving as political allegory for the here and now. A liberal-minded military couple arrive at a rural outpost subjected to constant raids by Macedonian bandits. While Captain Dumitriu tries to maintain discipline among his bigoted underlings, his aristocratic wife Marie-Therese – an epitome of sophistication and a firm believer of human goodness – befriends the locals, including a group of innocent Bulgarian men being hostages at her barracks. But their kindness is destined to fail, and their descent into despair mirrors Pintilie’s over the xenophobia bubbling in post-communist Romania, and the deadly tribal warfare unfolding in neighbouring Yugoslavia. A tragedy laced with doses of comicality, An Unforgettable Summer still shines bright today, a timeless classic deserving of more exposure.

Screened with: It Can Pass through the Wall
Language: Romanian(English Subtitles)
Category: IIA
Duration: 17 Mins
Director: Radu Jude
Cast: Sofia Nicolaescu, Ion Arcudeanu, Marcel Horobet
Story: A young girl looks on as his grandfather plays cards with friends and talk about the death of a neighbour. She is scared as much as they are blasé:“You should fear the living, Sofia, not the dead.” An adaptation of Anton Chekhov’s In the Coach House.
Director
Lucian Pintilie
Cast
Kristin Scott Thomas, Claudiu Bleont, Marcel Iures, Ion Pavlescu
Release Date
26-12-2021
Language
Romania, French, English
Run Time
100 minutes
You may also like