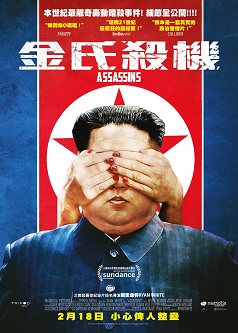 The assassination of Kim Jong-nam – the estranged older half-brother of North Korean president Kim Jong-un – at Kuala Lumpur International Airport in February 2017 shocked the world. What is even more outlandish is that the two women arrested for his murder reportedly thought that they were taking part in a prank reality TV show. How exactly did two bar waitresses get caught up in one of the most infamous assassinations of this generation? Director Ryan White lays out and dissects every single piece of available evidence from this amazing case in his intriguing and sometimes chilling investigative documentary. The official selection of the documentary premieres program at Sundance Film Festival.
Director
Ryan White
Cast
--
Release Date
18-02-2021
Language
English, Indonesian, Malay, Vietnamese
Run Time
104 minutes
You may also like