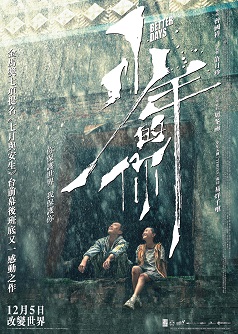 On the cusp of China's competitive national college entrance exams, Nian, a 17-year-old schoolgirl becomes the target of school bullying after a fellow classmate committed suicide. She later discovers an unlikely ally in Bei, an orphaned street youth. He becomes her protector and they form a unique bond that is soon tested when they are both implicated in a murder.
Director
Derek Kwok-cheung Tsang
Cast
Zhou Dongyu, Jackson Yee
Release Date
05-12-2019
Language
Putonghua
Run Time
135 minutes
You may also like