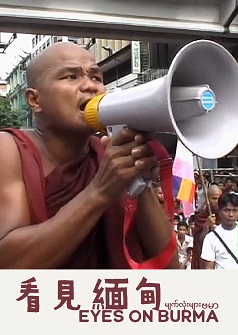 2009 Documentary Film Editing Award, Sundance Film Festival
2010 Academy Award for Documentary Feature - Nominated
Hailed as the bravest film of the year, Burma VJ is a compelling documentation of the Saffron Revolution of Burma in 2007, showing us how moving images can play an important role in political changes. Acclaimed Danish director Anders Østergaard reconstructed the footages secretly shot by a group of courageous young video journalists from the Democratic Voice of Burma, aka the Burma VJs, who insisted on keeping up the flow of news despite risking torture and life in jail. Because of them the Burmese condition was made tangible to a global audience so we can understand it, feel it, and smell it.
Director
Anders Østergaard
Cast
--
Release Date
01-05-2021
Language
Burmese, English
Run Time
85 minutes
You may also like