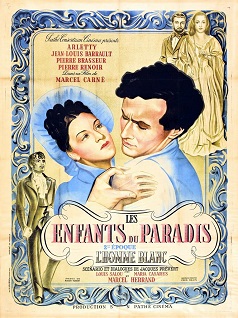 This tragic tale centers around the ill-fated love between Baptiste, a theater mime, and Claire Reine, an actress and otherwise woman-about-town who calls herself Garance. Garance, in turn, is loved by three other men: Frederick, a pretentious actor; Lacenaire, a conniving thief; and Count Eduard of Monteray. The story is further complicated by Nathalie, an actress who is in love with Baptiste and Frederick Lamaitre, a promising actor who starts an affair with Garance, their story will unravel only several years later.