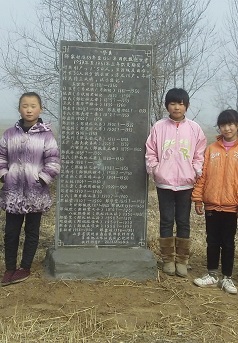 It’s always been said how mainland Chinese children were born apolitical and apathetic. Zou Xueping begs to differ: with her third feature-length documentary, she offers proof the kids are alright when given the opportunity to know and understand the past. Having already made two films about the sufferings of her ancestral village during Mao Zedong’s three-year Great Leap Forward (1959-62), Zou revisits the theme this time round by asking a group of local schoolchildren to interview old people about the death and devastation during those years. A bickering bunch to start with, their empathy and awareness begin to change as they begin collecting the names of the dead and asking for donations for a memorial to those victims. Part of veteran Chinese documentarian Wu Wenguang’s Folk Memory Documentary Project, Children’s Village is an important document about how suppressed history could be kept alive among the masses – and how filmmakers could help in moving it along.
Director
ZOU Xue-Pin
Cast
--
Release Date
22-08-2020
Language
Putonghua, Chinese Dialect
Run Time
88 minutes
You may also like