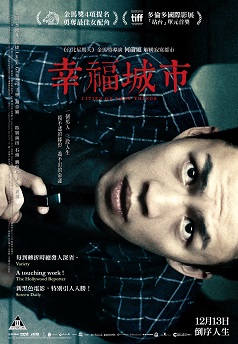 CITIES OF LAST THINGS pinpoints three extraordinary nights in the life of a common man, as told with reverse chronology. In the near future, a winter night, Zhang Dong Ling (60s), fueled by the anger he has repressed over the years, takes revenge on a high-ranking officer who has made his life a torment one particular night thirty years ago. In present, a summer night, Zhang Dong Ling a young cop accidentally witnesses his wife having sex with his senior police officer. After a confrontation he chose to repress his anger to keep his family together for the sake of their baby daughter. In the past, a spring night, Lady Wang is ambushed by police. She is handcuffed on the bench at the police station beside a handcuffed 18-year-old Zhang Dong Ling. Through a casual chat, they both realize they share a much larger past then they ever imagined.