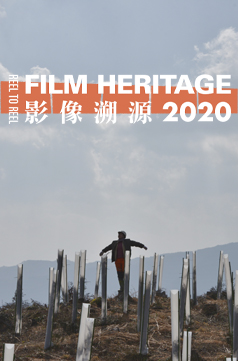 Movie Name: Forestry
Language: Japanese(Chinese, English Subtitles)
Category: --
Duration: 30 mins
Director: Tetsuichiro Tsuta
Story: Beep!—The sound of the alarm clock in a mountain cottage breaks through dawn as the young forestry worker starts her usual day. Apart from the physical labour work such as planting, logging and timber processing, she also ought to demonstrate her work to students paying a visit. Another piece using his hometown, Tokushima prefecture, as the backdrop after The Tale of Iya, Director Tsuta has produced this docudrama in promotion of the local forestry industry. Despite its matter-of-fact narration and simple subject matter, the film surprises us with its profound message behind and its mythical touch in the end as inspired by Japanese folklores. Shot solely on 35mm colour films, Forestry had the director hopping through the steepest slopes carrying heavy filming equipment, like what he also did for The Tale of Iya. Through the texture of celluloid films, he conveyed a sense of tranquility with mountain sceneries of his hometown in wide shots. The daily lives of the villagers in the countryside of Shikoku are also recorded.

Movie Name: Islands of Dreams
Language: Japanese(Chinese, English Subtitles)
Category: --
Duration: 83 mins
Director: Tetsuichiro Tsuta
Story: Triggered by a criminal case of blowing off remote-controlled bombs in the mountains, Inspector Terayama begins investigating on serial terrorist attacks. Meanwhile, a youngster who always ponders around the river catches his attention. Later when Terayama figures the youngster is involved in the case, he becomes curious of his background and intention. As the truth unveils itself, Terayama has no choice but performing his police duties regardless of his sympathy for the youngster… Shot on 16mm black-and-white films, all the production procedures, which include shooting, developing, negatives editing, soundtrack negatives production and copy duplication, are done exclusively by the director and his crew. The black-and-white effects have acted as a background on which the story unfolds, adding a distinctive tone of the Japanese New Wave Cinema; while the occasional and intentional mimicking of the early cinema montages have made the film rich and versatile in camera movements. Although the film will not be screened in its original format, the production team has digitised the 16mm print and inserted English subtitles, extending the life of the creative work itself. The film received the Audience Award at the 2019 PIA Film Festival.

Tetsuichiro Tsuta (1984－)
Born in Tokushima prefecture, Tsuta graduated from Department of Imaging Art, Faculty of Arts, Tokyo Polytechnic University. In his university years, he acquired his film developing and editing skills on the basis of celluloid filmmaking. The Tale of Iya (2013), his first feature film upon graduation was shot entirely on 35mm films and later selected in various film festivals both nationally and internationally, garnering a few awards.
Director
Tetsuichiro Tsuta
Cast
--
Release Date
16-02-2020
Language
Japanese
Run Time
113 minutes
You may also like