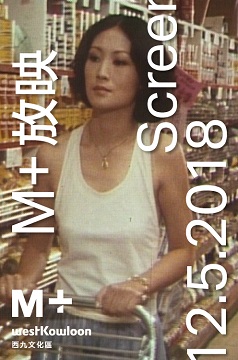 Story: ‘All bridges must be burned . . . an aggressive shock, turning every film into a question mark whose only answer or lack thereof will be the viewer’s own thought process. IN SHORT, THIS SIMPLY MEANS WAR.’ Serge Bard’s statement from his contribution to Four Manifestos for a Violent Cinema (April 1968) seems to herald the events of May 1968, just a month later. Détruisez-vous goes beyond experimentation to defy the very core of the status quo, refuting all easy paths to cinematic comprehension and challenging the performative aspects of political engagement.

Serge Bard (French, born 1946) began making films after dropping out of his ethnology studies at the Université de Paris X Nanterre in 1967. He helped organise what came to be known as the groupe Zanzibar (see the notes for Le révélateur), named after the African isles, where he had planned to make a film. In 1969, Bard renounced filmmaking and converted to Islam, renaming himself Abdullah Siradj.

Story: Miu Kam-fung, who plays the film’s titular character, addresses her identity as housewife and actress in Patrick Tam’s commentary on the dangers of rampant consumerism, seen as a defining moment for contemporary Hong Kong. In its studied references to Godard, Tam’s work buzzes with modern life—supermarkets, billboards, television—and juxtaposes these references with questions about marital infidelity, middle-class morality, and even political sentiment.

Patrick Tam (Hong Kong, born 1948) is a pioneering figure in the cinema of the Hong Kong New Wave of the late 1970s and the 1980s, and is known for his stylistic experimentations in early Hong Kong television. Aside from directing such seminal works as Love Massacre (1981) and Nomad (1982), Tam also edited key works by Wong Kar-wai and Johnnie To.
Director
Cast
Release Date
12-05-2018
Language
Run Time
120 minutes
You may also like