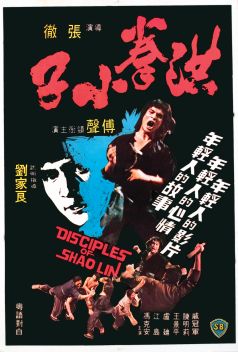 Country lad Kuan Fung Yi learns Hung boxing since a young age. He goes to the city and joins Huang Han who trains under the same master. Having earned hard lessons before, Huang does not rely on martial arts for livelihood and works quietly at the Xing Fa Long textile mill instead. He introduces Kuan to work at the mill as a handyman. Manchurian Ka Hebu, owner of a rivaling mill, wants to monopolise the market. After trying to lure Xing Fa Long mill workers with no success, he orders thugs headed by Lun Ying Tu to beat up Xing Fa Long mill workers ruthlessly. The hot-headed Kuan takes matter in his own hands and defeats both Lun and Ka, thus becoming the chief of Xing Fa Long. Lun plots a sneak attack against Kuan who eliminates Lun even though being injured seriously. He goes to Ka’s residence but is besieged by enemies and is killed. The angry Huang kills Ka to avenge Kuan’s death.
Director
Chang Cheh
Cast
Release Date
30-11-2020
Language
Mandarin
Run Time
104 minutes
You may also like